Viktor Orbán and the Strongman’s Cookbook 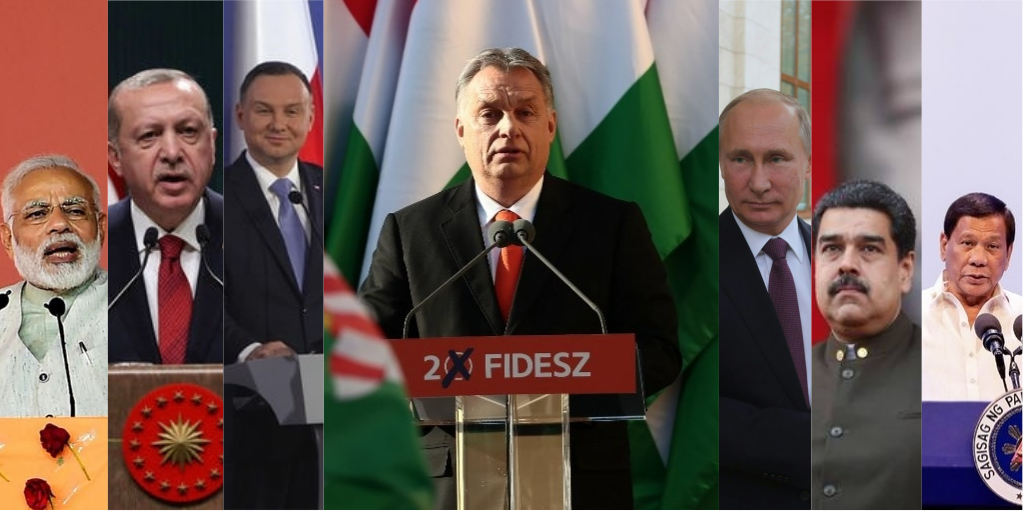 Hungary may not make daily appearances on American front pages, but if there were ever a time to start paying attention to what’s happening in Budapest, it’s now.

Altamar’s 18th episode takes a close look at Prime Minister Viktor Orbán, who just won his third consecutive term in office, and what he can teach us as he steers the country further and further toward full autocracy.

Peter and Muni are joined this week by Cas Mudde, currently at the University of Georgia. A lifelong scholar of populism, authoritarianism, and the mechanics of the far right, Cas has become something of a household name in recent years, as more and more people begin to worry about a global democratic backslide.

Using Orbán as their model, Peter and Muni identify five easily replicable steps to slowly—and in at least nominally legal fashion—erode democratic norms and structures. Peter calls this a “recipe,” and there is no shortage of world leaders following it today, from Turkey, to the Philippines, to Russia, to Poland, to Venezuela.

Muni notes that, while it has become his defining characteristic on the broader global stage, Orbán’s notorious xenophobia is, unfortunately, hardly unique to him.

“We see a lot of islamophobia, anti-Semitism, xenophobia; they’re the words of the day to describe a lot of today’s leaders. But what makes Orbán unique is that he himself says that he wants to turn Hungary into an ‘illiberal state,’” she says.

It’s that unabashed antipathy to liberal values and institutions that defines Orbán’s rule—and what makes this model replicable in countries where immigration is not an issue.

Part of the strategy—systematic attacks on civil society—is a favorite of strongmen everywhere, and is only set to get worse in the coming months in Hungary. Cas’ old place of work, Central European University, is on the verge of leaving Budapest for Vienna, as government threats and intimidation find academics and activists censoring themselves more and more.

“This is what particularly worries me about countries like Poland and Hungary—many people who would be leading the opposition are instead voting with their feet; they’re leaving. And they of course have a right to do that, but it leaves the countries less and less opposed.”

Peter worries about the impact of having policies like this come to define not Turkey or Russia, but an EU member state.

“I wonder how much further the tension can go between Brussels and the increasingly illiberal actions taking place in Budapest or Warsaw,” he says. “Because now this isn’t just happening outside of the EU, but inside it. It seems to be a really difficult circle to square for Europe.”

It is indeed, says Cas. A key issue is that, in the European Parliament, Orbán and Fidesz are part of the powerful European People’s Party, an arrangement he calls a “devil’s deal,” as it ensures Orbán faces no consequences for his attacks on democracy.

“The EU was founded to prevent states like what Orbán has made Hungary into,” Cas laments.

“It’s a community of values, liberal democratic values. What it is doing now is allowing—and to a large extent subsidizing—an illiberal democracy within its midst. And as a consequence, it will increasingly lack its moral stature, which has always been the strongest part of the EU.”

So how to fight back? Cas says rule number one is to stop thinking of it as “fighting back.”

“Anti-populism is simply not a strategy,” he says, and this defensive stance that liberal democrats take—running merely on a platform of opposition to populists—is winning no one over.

Instead, liberal democrats need some deep introspection, to identify where their governments and their systems failed, and to present policy platforms that explicitly address those failures.