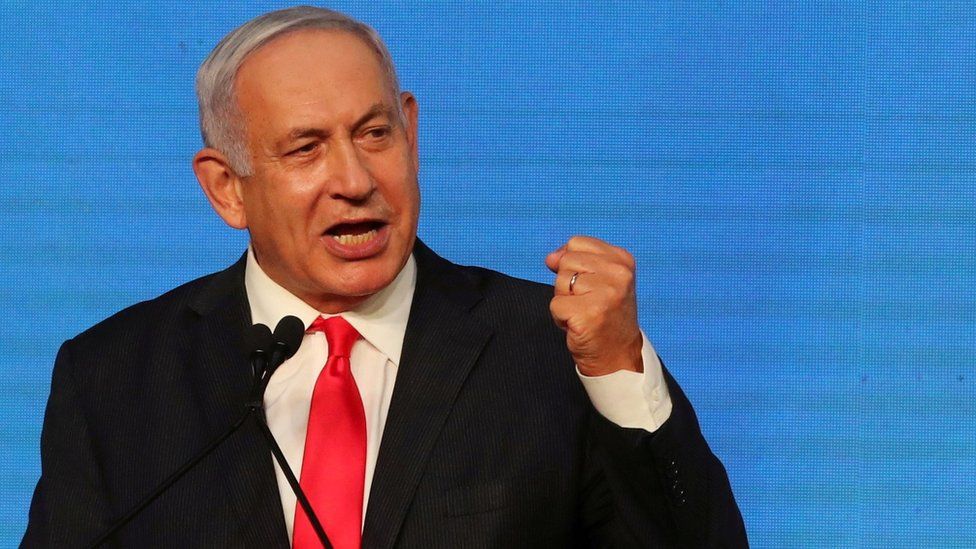 Benjamin Netanyahu is Israel’s Prime Minister no more. What does this transition mean for Israel, the Middle East, and the world?

Gil Tamary, Chief International News Editor and Commentator of Israel’s Channel 13 News, takes us on a deep dive into Israeli politics and society post-Benjamin Netanyahu. He joins hosts Peter Schechter and Muni Jensen on Altamar’s latest podcast episode to discuss a post-Bibi world and what that means for the future of Israeli politics. Tamary, one of Israel’s top news reporters, has worked for Israel Broadcasting Authority, Israel Public Radio, and has served as anchor and chief editor of Good Morning Israel. He covers a wide range of Middle East issues and has interviewed key US leaders such as Presidents Clinton, Bush, and Obama, as well as many of Israel’s Prime Ministers.

After serving in office for more than a dozen years, Prime Minister Benjamin (Bibi) Netanyahu was ousted and replaced with a ‘pretzel coalition government’ of parties with deep ideological differences. Netanyahu has been the dominant fixture in Israel’s politics, seemingly unbeatable despite charges of corruption and his role in deeply polarizing Israeli society. How did his tenured time come to an end, and what can we expect from this unlikely coalition?

“Israel is better off without Netanyahu. It became very clear in the last two years that even though Netanyahu enjoyed the highest support and was the head of the largest party in Israel, he simply could not have a majority in the Knesset. And the only reason he couldn’t have the majority is not due to ideological matters, but because of his personality,” explains Gil Tamary.

Netanyahu is frequently compared with America’s previous president, Donald Trump. Bibi’s tantrums immediately following the announcement of the formation of a new government are not the only comparisons to America’s 45th president. “In the last five years, I don’t remember even one trick from the Trump playbook that Bibi didn’t implement in one way or another in Israel. The difference is that Bibi is much more sophisticated than Trump. His latest trick was to claim of course that the election was stolen from him. Same words that we still hear from Trump. Bibi spoke in a way that was very inflammatory, very divisive, and many were afraid that, in the last week, when he said those things in such a rhetoric, that we would actually see in Israel a January 6th moment. And it was frightening at some point,”laments Tamary.

Even as the world says “bye bye Bibi”, it is clear that Netanyahu’s political persona is not going away. “[Bibi] will stay as the opposition leader. He needs this political platform because he still has to deal with his corruption trials, and we will see that he will criticize every move of the new government and will probably act the same way he did many years ago during the [Yitzhak] Rabin era as the head of the opposition back then when he took a major part in the anti-Rabin campaign,” says Tamary.

This new government is held together by a combination of the most unlikely coalition partners. Presumably lasting four years, the rotation government headed by a coalition headed by two parties, rightist Yamina and centrist Yesh Atid, is also joined – for the first time in Israel’s history – by an Arab party, the Islamist Ra’am party, under Mansour Abbas. “It’s important to mention that they’re [Ra’am] not going to actually sit in the government, instead they would rather have all the crucial positions in the parliament. Those are the chairs of all the committees and the sub-committees like the internal committee, for instance, that are related to their issues. Mansour Abbas, the head of the Islamist party, is quite a character. He is a dentist by profession and is a very practical guy. And for the first time ever, the Arab minority in Israel has a leader that leaves ideology aside and looks where he can advance the interests and the needs of his constituency. Up until now, Arab parties held to certain slogans and principles, but never came to realize that sometimes you need to hold your breath, take the plunge, and start working from within the government to improve the livelihood of the Arab population, which is far behind the Jewish population,” notes Tamary.

But with a new coalition ushering in a new era in Israel, Altamar’s Peter Schechter asks, “The question on everyone’s mind is how this new coalition government will survive? Will it be able to govern, will it crumble, or will it turn on itself?”

“What unites all of them is the anti-Bibi agenda, or in other words, the rationale or the desire to clean the toxic political environment that Netanyahu created in his 12 long years in power. They want to stop the incitement, the delegitimization campaign for certain groups and certain mechanisms in Israeli society and democracy that Bibi conducted in order to actually fortify his political power.” comments Gil Tamary.

But with such a strange assortment of parties and beliefs, an important consideration is how to measure this government’s success. “Success metrics in the post-Netanyahu era actually are very modest and very simple. Can the new leaders calm the toxic environment that Netanyahu injected for 12 years into the Israeli society? Can right-wingers and left-wingers work together and not see each other as enemies? Can they advance together needed reforms in Israel: economic reform, social reform, educational reform, infrastructure reform, justice reform, and all the things that Netanyahu didn’t bother to do?”says Tamary.

With a coalition of three very different party leaders, Naftali Bennett will take on the prime immediately, but the coalition agreement includes a rotating role at the helm of government. In two years, Yair Lapid, will take over that role. “In the coming period, everyone, of course, will be talking about Naftali Bennett, the new prime minister. But the more important guy to know as of right now is Yair Lapid. Lapid enabled Naftali Bennett to become Israel’s prime minister. And according to the agreement between these two guys, [Lapid] is going to be Israel’s prime minister in two years. So actually, if everything works out the way planned, they will divide the four-year term equally between the two of them. Yair Lapid is the head of the second largest party in Israel. This is a centrist party, its official name is Yesh Atid,” explains Tamary.

Want to learn more about what a post-Bibi world looks like and who the leaders spearheading this new change are? Find out by listening to the latest Altamar episode, available wherever you get your podcasts. You can download the episode here.

Episode 102
The World After Bibi