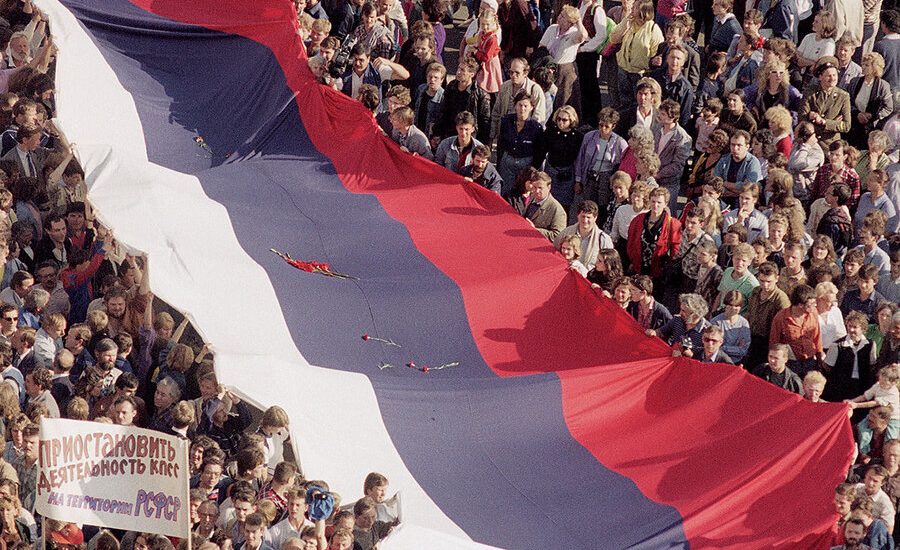 Guest: Julia Ioffe, an outspoken authority on Russia and former Moscow correspondent for The New Yorker and Foreign Policy

December marks the 30th anniversary of the fall of the Soviet Union. So much has changed In Russia. And yet, so little is different. What’s next?

Russia is at the center of the global stage with President Vladimir Putin wanting to convert his nation into the West’s principal antagonists. Altamar hosts Peter Schechter and Muni Jensen are joined by Julia Ioffe, former Moscow correspondent for The New Yorker and Foreign Policy and an outspoken voice on Russia, to help us understand where Russia goes in the next decade. Ioffe is a correspondent at Puck and former staff writer at The Atlantic. Born in Moscow, a graduate of Princeton University and a participant in Columbia Journalism School’s Knight Foundation Case Studies Initiative, Ioffe won a Fulbright Scholarship to return to Russia in 2009, where she worked as the Moscow correspondent for The New Yorker magazine as well as at Foreign Policy.

Since the fall of the Soviet Union thirty years ago, so much has changed. What has been the major global impact of such a significant historical event? “I think that the global impact first was the independence of the constituent republics of the Soviet Union and the economic collapse that it triggered in part because the system was already bankrupt. And because the independence of these republics basically fractured a unified, if not, ill-functioning economy,” answers Ioffe.  “It created a lot of hardship for many of these republics that became independent states, and then globally, it kind of removed Russia for a long time from the global stage as a power broker and as a counterbalance, as some would say, to the US, or as proponent allies of the US would say, a kind of stick in the eye of the US,” continues Ioffe.

“From the Russian point of view and from the point of view of Putin, it became what he called a unipolar world, where there was just one country, the US, making all the decisions basically for everybody else,” added Ioffe. “And because of that, when Putin came to power in 1999, he made it his objective, which he spelled out quite openly, to re-establish Russia, as a counterweight and a counterbalance to the US and to create a multipolar world where the US doesn’t have that much unlimited power. And that kind of created a struggle for Russia to regain its standing on the world stage as it created a lot of friction for the US and a lot of conflict all over the world,” says Ioffe.

Tense relations run rampant when it comes to Russia, both domestically and internationally.  Indeed, in Russia itself, Putin seems to thrive on tensions and silencing his opponents.  Like elsewhere, Putin has effectively used culture wars to quash the opposition and, if necessary, to rewrite history. “There was a lot of room left in Russia to rewrite history over and over and over again. You’re seeing it now with the Kremlin trying to completely disband and dissolve the organization, the NGO called Memorial, which was the first civic organization formed in the Soviet Union during the Perestroika era. That was a way to chronicle and document the crimes of the Stalin era. Putin has also rehabilitated Stalin and Stalinism and has portrayed him as an effective manager…And it’s seen as a good history that the Soviet Union was a good thing,” comments Ioffe.

Internationally, Russia’s relations are filled with tension.  “Beginning with Europe, Russia’s relationship with Western Europe has been a see-saw. Do you envision stronger relationships between Russia and Europe in the near future?” asks Altamar’s Peter Schechter. “I think it’s harder for Western Europe than it is for the US to deal with Russia. And even the US isn’t dealing with Russia pretty well…for Western Europe, it’s a lot harder, they’re physically closer. They are more economically connected to Russia, and now becoming more so with the opening, or the impending opening, of Nordstream II and we’re seeing the effects of that, for example, on the border between Belarus and Poland and Lithuania to EU countries that used to be under Moscow sway and Belarus, of course, being a former Soviet Republic,” answers Ioffe.

One relationship that is capturing the attention of analysts worldwide is the new honeymoon between Beijing and Moscow.  How really true is that? “The backstory is the Soviet Union, or Moscow, used to see China as its little brother in revolution and Mao Zedong hated that and stuck it to Khrushchev as often as he could. And then kind of broke away from the Soviet Union’s influence and chartered its own path, especially as the Soviet Union collapsed…I think they feel like they can partner with China to screw over the US, but I don’t know that they want to play second fiddle to the Chinese the way the Chinese would want them to, because it seems like Beijing really looks down on Russia as much as Russia looks down on China. So I don’t think there’s as much affinity there as people in the West think. And there are definitely some inherent tensions that will definitely spill out in the future,” explains Ioffe.

“Can you give us a breakdown of the former countries of the Soviet Union? Some are now part of the EU and NATO, while others lean to Asia. Who are winners and losers?” asks Altamar’s Muni Jensen. “I would say the Baltics have definitely been winners. They were pretty quickly accepted into the EU and NATO, and I think they feel the protection of that very strongly and being in the EU has certainly raised living standards in those former Soviet republics…I think Georgia has also been a winner in this. Even with ups and downs and struggles and political vicissitudes, they’re still a thriving democracy and they’re still kind of charting their way forward, even though they’ve had a big chunk of their territory bitten off by Russia,” answers Ioffe.

And the losers? “I would say that Ukraine was emerging as a winner, but now it’s bogged down in a war with Russia, kind of a frozen conflict that periodically threatens to become hot again…I also think the Central Asian countries, or Central Asian republics, are kind of all over. I think Kazakhstan has done really well, even though it’s basically an autocracy. Turkmenistan has become this kind of almost North Korean-style fiefdom with its own weird governing theology and places like Tajikistan, which borders Afghanistan, is feeling kind of the destabilizing effects of everything happening over the border. I think it’s all over the map literally,” continues Ioffe.

What happens next? Will Putin be leaving the Kremlin anytime soon? Where will Russia be in ten years? Find out more by listening to the latest Altamar episode, available wherever you get your podcasts. You can download the episode here.