Italy and the EU: Reconcilable Differences? 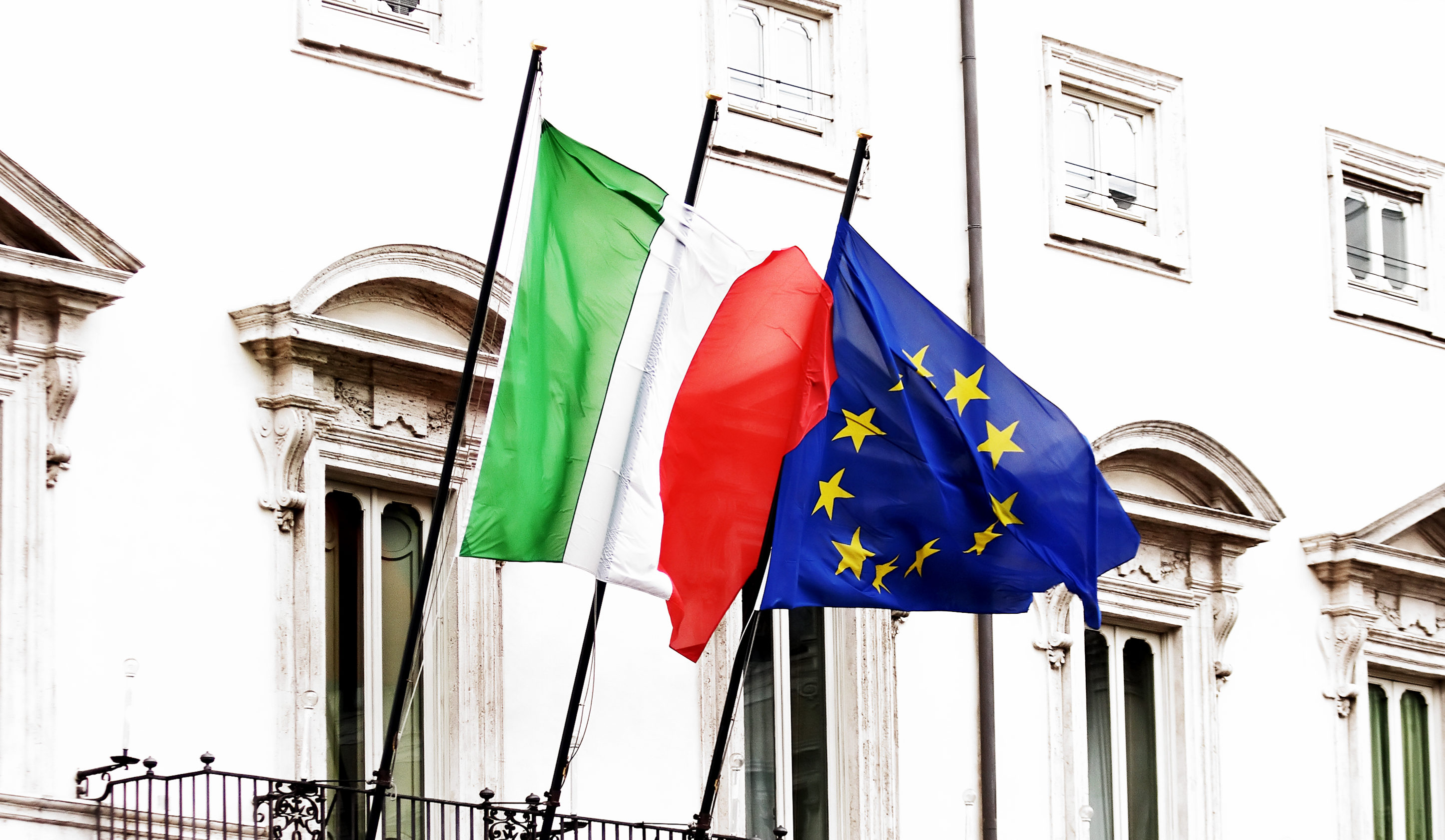 For Italy’s populist League and Five Star parties, ongoing strife with Brussels is just what the doctor ordered. Italy isn’t going to “Brexit” anytime soon, but Italy’s support for the European project will remain under strain. Pundits who predicted that the EU’s Italian crisis would reach the boiling point are just plain wrong.

For Italy’s populist League and Five Star parties, ongoing strife with Brussels is just what the doctor ordered. Italy isn’t going to “Brexit” anytime soon, but Italy’s support for the European project will remain under strain. Pundits who predicted that the EU’s Italian crisis would reach the boiling point are just plain wrong.

Italy’s right-wing League and left-leaning Five Star populist coalition parties, which currently poll at an unprecedented, combined 60 percent in Italy, have welcomed political tension with the European Union. Though Italy’s government backed down from its major budget dispute with Brussels, it will continue to use opposition to Brussels as a tool to rally political support at home.

To discuss the latest chapter in Italian politics we welcome Luigi Zingales, well-known economist, author and finance professor at the University of Chicago Booth School of Business. Zingales offers his take on the friction between Rome and Brussels and the way forward for Italy’s democracy.

“The new governing coalition is labeled populist and is a very strange coalition of left-wing and right-wing populists, who have something in common: that they hate 1) the establishment and 2) the European Union,” says Zingales. “This has created more turmoil because there has been more than a fair share of tension with the European Union, but the problems preexist this government and will unfortunately survive this government.”

Italy’s massive debt, buy-in to the common currency under less-than-ideal conditions, and lack of a redistribution method have created an economy that is virtually stagnated. “[Italy] is the biggest threat to the survival of the Euro long-term,” says Zingales. But, he points out, “Neither the Lega nor the Five Star movement want to arrive to the breaking point. These two parties are not crazy.”

The Italian government knows that a Euro exit risks real political crisis, similar to what happened when Argentina left parity with the dollar and had five presidents within a matter of months. “I don’t think that the political leader that takes Italy out of the Euro will survive as a political leader,” says Zingales.

There is no majority support in Italy for a Brexit-style withdrawal from the European Union or the Euro, so Italy’s government has walked a thin line of supporting an integrated bloc while also picking a fight with Brussels. It has tried to be seen as “wanting Europe – just not this Europe.”

“What will be interesting to see is whether the dissatisfaction that expresses itself in a protest vote will become abstentionist, will become radical violence, or will lose hope and converge and accept whatever it takes,” Zingales says.

From budget issues to immigration, Rome will keep butting heads with Brussels – but the Italy-EU feud is unlikely to reach a boiling point.

Hear more of Altamar’s analysis of Italy and the EU, available for download here.