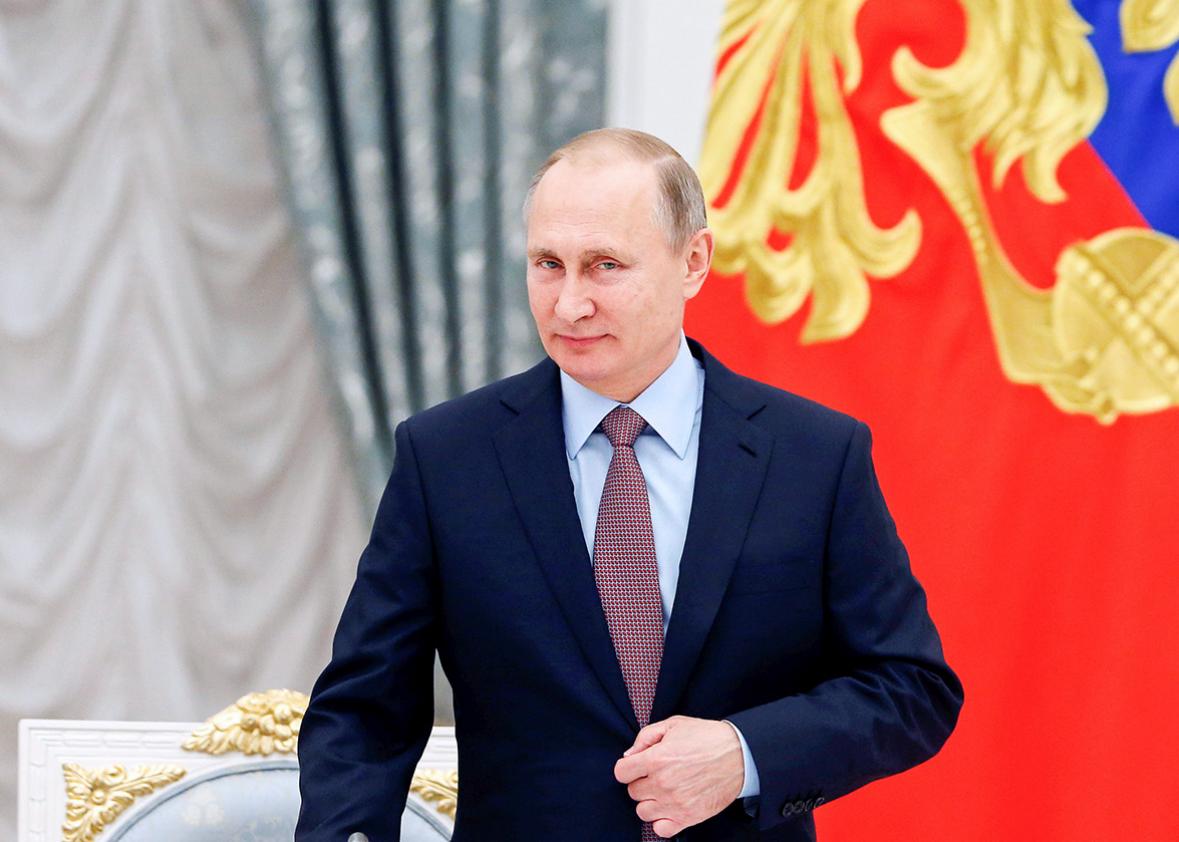 The largest country in the world, Russia sustains itself economically on oil & gas, bluster and corruption. But what about Vladimir Putin’s formula for Russian expansion?

Following a significant decline after the collapse of the Soviet Union, Russia is once again preening as a major world power under the nationalistic and personality-driven leadership of Vladimir Putin. The former KGB agent has served multiple consecutive terms since 2000, navigating the country through dynamic international waters as President and Prime Minister.

Under Putin, Russia hasn’t hesitated to partner with some of the world’s least desirable regimes to expand its influence and reach. A new report, prepared for the Pentagon, suggests that the United States is underestimating his “grand strategy” for dominance on the world stage, and that “Putinism” poses a serious threat to U.S. national security.

How far will Putin go to see his nation at the top of the international food chain? Dr. Angela Stent, Director of Georgetown University’s Center for Eurasian, Russian, and East European Studies and Professor of government and foreign service, joins Altamar to unpack Putin’s geopolitical calculus. Her new book, Putin’s World: Russia Against the West and with the Rest, explores the triangular relationship between Russia, the United States, and Europe and the new concerns in this second iteration of the Cold War.

“We’re already partly in another Cold War,” says Stent. “If you look at Venezuela, the Russians are there in our backyard because they think we’re in their backyard in Ukraine. So, there are elements of the Cold War there–the anticipation of adversarial relations.”

Putin has framed Russia as a non-ideological defender of the status quo, “obviously not in its own neighborhood, but in the rest of the world.” Stent explains, “Putin puts Russia forward first of all as a champion of the conservative international, and he blames the West for being decadent.” This has allowed him to gain inroads with authoritarian governments. Putin’s second tactic, Stent points out, is that he “supports any leader who is in power, however they were elected,” when it serves his geopolitical interests.

Stent argues that Russia has pursued a consistent foreign policy over the years, due in part to Putin’s grand ambitions to reimagine his country as a great power. But she says there are new causes for concern for the West: “Putin is not a great strategist, but he’s a very good tactician. He understands how to take advantage of these opportunities and spread Russian influence on the cheap.”

This means propping up and defending dictators, even in the face of popular uprisings. “What we’re really seeing is a country that’s very adept, despite its problems, at inserting itself as a disruptor, but without some grand plan,” says Stent. From Putin’s defense of Nicolás Maduro in Venezuela to his refusal to pick sides in the Middle East, he has maintained Russia’s image as an adversarial force to Western liberal democracies on the world stage.

At the same time that Russia’s relationship with China is strengthening and its influence growing around the world, Western alliances seem to be crumbling. Stent shares her insight into how the West can combat Putin’s assertions of power. “The most important thing is unity,” Stent says. If the West hopes to counterbalance Russia’s rising influence, it needs to stick together. But to do that requires some introspection on the part of each player: “We have to start this at home. We have to reduce the number of opportunities that are there for Russia to exploit. And we’re going the other way at the moment.”

With its influence deployed across the globe like never before, Russia is primed to engage in a new Cold War on its own terms. Listen to our analysis of Putin’s tactics and Russia’s future with Dr. Angela Stent – available for download here.