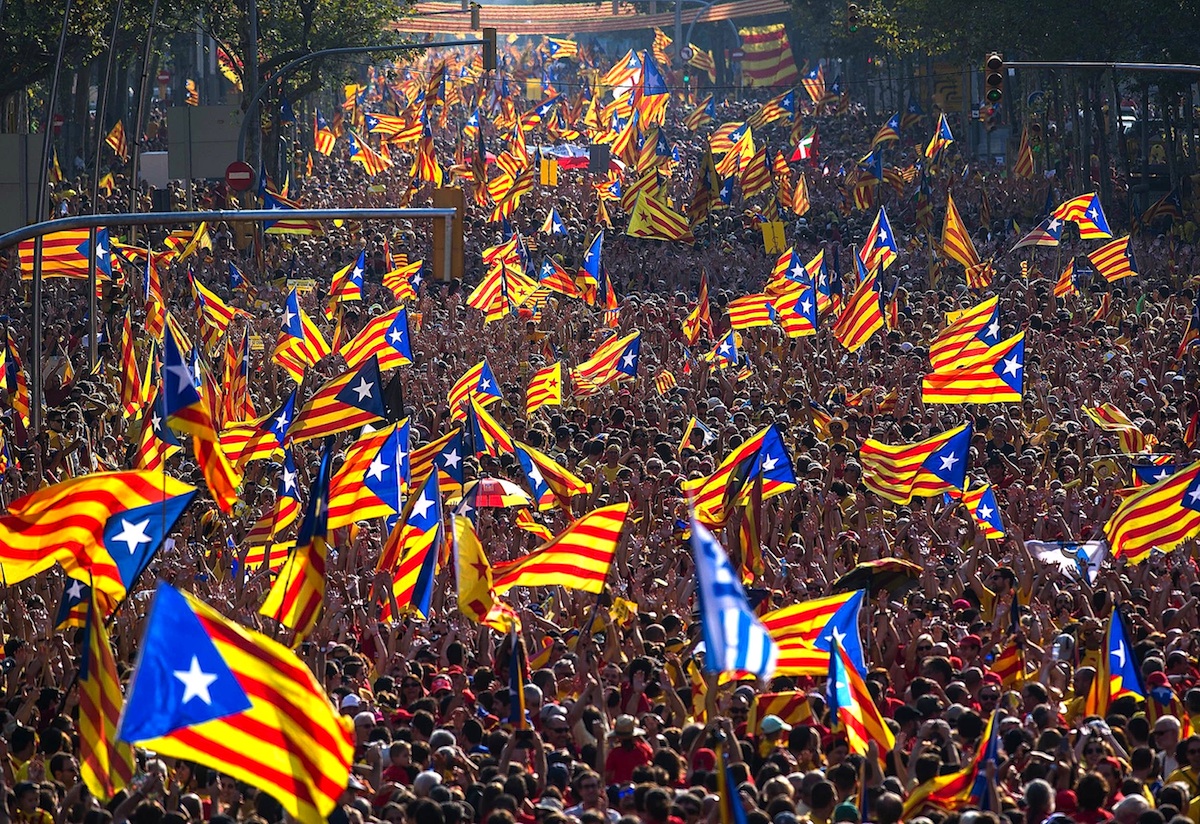 Episode 7 of Altamar comes on the heels of the disturbing scenes coming out of Barcelona on October 1. Between Catalonia’s unauthorized independence referendum and Madrid’s ill-advised response, Spain’s future looks anything but certain.

Peter and Muni are joined by Dr. Andrew Dowling, a professor at Cardiff University and expert on Catalan separatism, to discuss causes for Catalonia’s malaise, reactions within the region, the country, Europe, and the world, and prognoses for this independence movement.

The hosts look at similar movements around the world, including those in Iraqi Kurdistan, Scotland, Flanders, and even our own California. In all these disparate places, some common factors are at play and helping to splinter the cohesive societies we’ve long aspired toward.

“We’re clearly in a time of uncertainty, instability, questioning of traditional systems,” says Dowling. “And secessionist movements have seen that this provides them with a once-in-a-lifetime opportunity to attain what has, in the past, been just a dream.”

“The role of Russia in these secessionist movements is becoming harder to ignore,” she says. “Moscow sees separatism as a pressure point to fracture the West, and the Kremlin’s cyber teams have been at full throttle in the run-up to the Catalan vote.”

Peter argues that whatever forces are at play in aiding these movements, central governments still need to address them and their qualms. And that’s where Spain has failed miserably. Madrid, he says, could learn a lot from London and Brussels.

“The Spanish government’s strategy has been to brush off any notion of a referendum, and look where it’s gotten us,” he says. “If you look at how the UK handled the Scottish independence movement, or how Belgium handled the Flemish independence movement, you see that there are ways to successfully defuse these feelings. But meaningful and respectful engagement is key.”