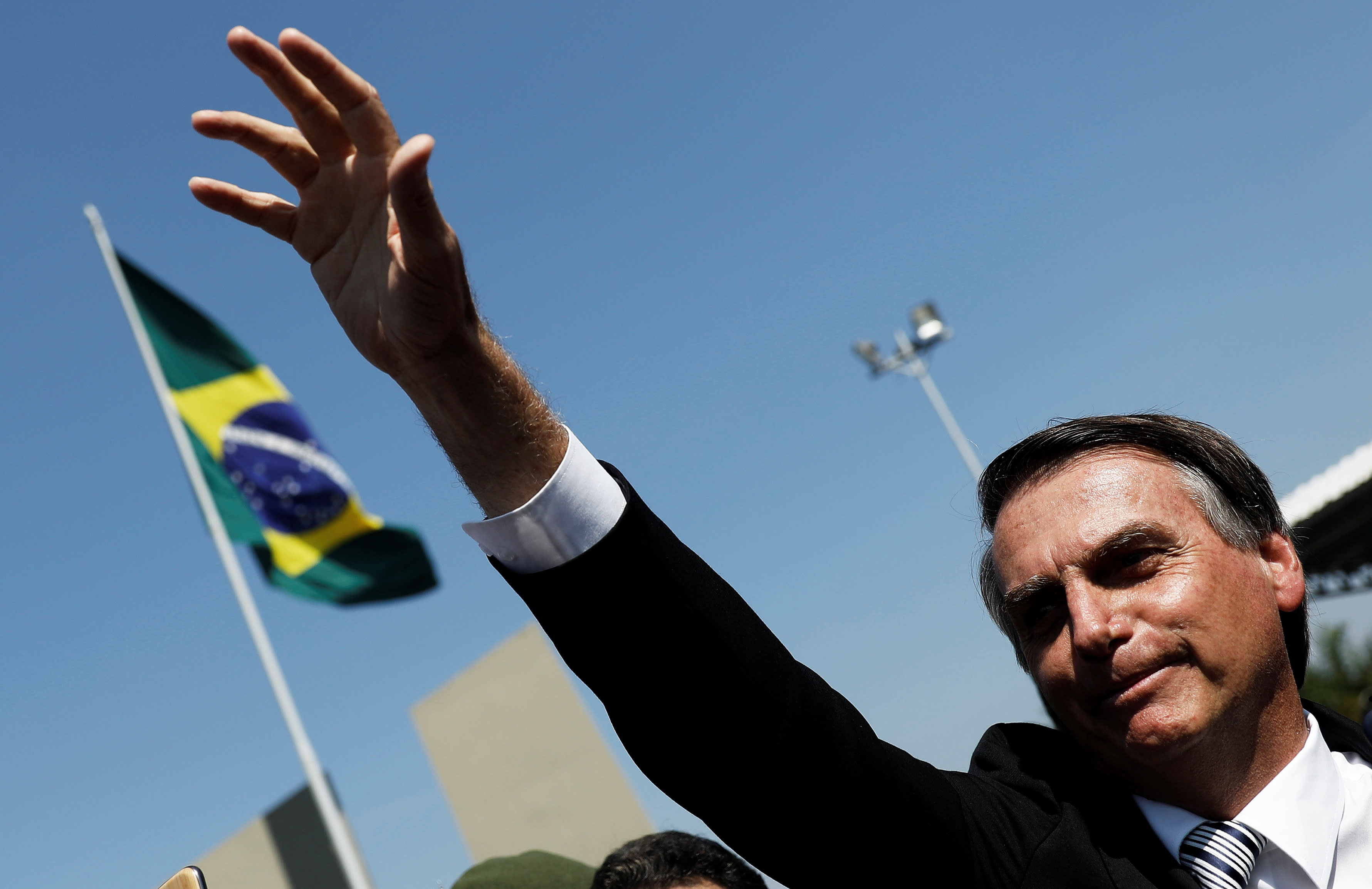 President Jair Bolsonaro promised to lift Brazil out of a sinking economy and spiraling violence. Six months later, facing historically low approval numbers and corruption allegations, is he at risk of sinking both himself and much-needed national reform?

President Jair Bolsonaro of Brazil was elected on an anti-crime and anti-corruption platform designed to break the longstanding rule of Brazil’s Workers Party (PT). Optimism for reform and economic growth helped counter fears of democratic backsliding and far-right nationalism. But six months into his presidency, violence continues unabated, unemployment has increased, and the fiscal deficit is growing. Corruption allegations against Bolsonaro’s son are underway and there are large protests against the government. The President’s polling numbers are down substantially.

Will Bolsonaro weather the storm? Patricia Campos Mello, an award-winning journalist and senior columnist at Folha de São Paulo, Brazil’s largest newspaper, joins Altamar to analyze how Bolsonaro can address the challenges facing Brazil amid congressional gridlock, a lagging economy, and increased scrutiny of the President’s inner circle. In 2018, as the number of attacks on journalists in Brazil were rising, she was listed as one of Time magazine’s “People of the Year” for her commitment to press freedom.

At the time of his election, Bolsonaro basked in the enthusiasm of his supporters and buoyed markets; now he has the lowest approval numbers of any Brazilian president this early into a term. Still, Campos Mello believes he can make it through the next few years: “I think one of the things that is positive about Brazil in this moment is that we have strong institutions,” she says. “I don’t think it’s likely that we would be facing, at this point in time, any sort of impeachment process or any kind of measures to change the way the presidency is being led.”

It is telling that since Altamar recorded the interview with Campos Mello, Brazil’s legendary crusading judge has come under withering criticism for having unfairly advanced the investigation against former President Lula da Silva.  Also under siege is the Brazilian Development Bank (BNDES) after Bolsonaro fired the respected Economist Joaquim Levy as the Bank’s president. Now two of the important institutions Patricia mentioned are under fire.

For Bolsonaro to turn around his dismal ratings, Campos Mello says the answer lies with social security and pension reform. “There’s huge pressure to approve pension reform,” she says. “This is the one thing that’s going to define the presidency.” Bolsonaro’s ability to advance a reform agenda through an uncooperative Congress could determine his future in a country whose people desperately need a change in their social safety net.

Bolsonaro’s base, however, remains strong. “Even though his popularity ratings are going down, he still does have a decent amount of support among his core supporters,” says Campos Mello. But under Bolsonaro, Brazil is more polarized than ever, with pro-Bolsonaro demonstrations spurring the opposition to action: “We have a popular movement of opposition, and this is, in turn, actually stimulating the opposition to try to reorganize themselves.”

In addition, the allegations against Bolsonaro’s son Flávio pose a real threat to the President’s legitimacy as an anti-corruption candidate. “The accusation that Flávio Bolsonaro is facing is that he was maintaining ‘ghost employees,’” explains Campos Mello. “People were actually getting part of their salaries and giving them to Flávio Bolsonaro… It’s a very common type of corruption that happens in Brazil.”

The scandal also goes beyond the President’s son. “Several members of Bolsonaro’s cabinet are somehow linked to militia leaders,” says Campos Mello. These paramilitary forces operate as a parallel state in the poorer neighborhoods of Brazil and have been accused of money laundering and other illegal activities, including heavily influencing voters’ loyalties within their territory.

Entrenched in controversy, congressional gridlock, and international criticism, Bolsonaro and Brazil’s prospects for reform could very well could be in trouble. Listen to our analysis of Brazil’s future with Patricia Campo Mello — available for download here.

Episode 49
Is Brazil’s Bolsonaro Sinking?
Check out our bi-weekly newsletter!