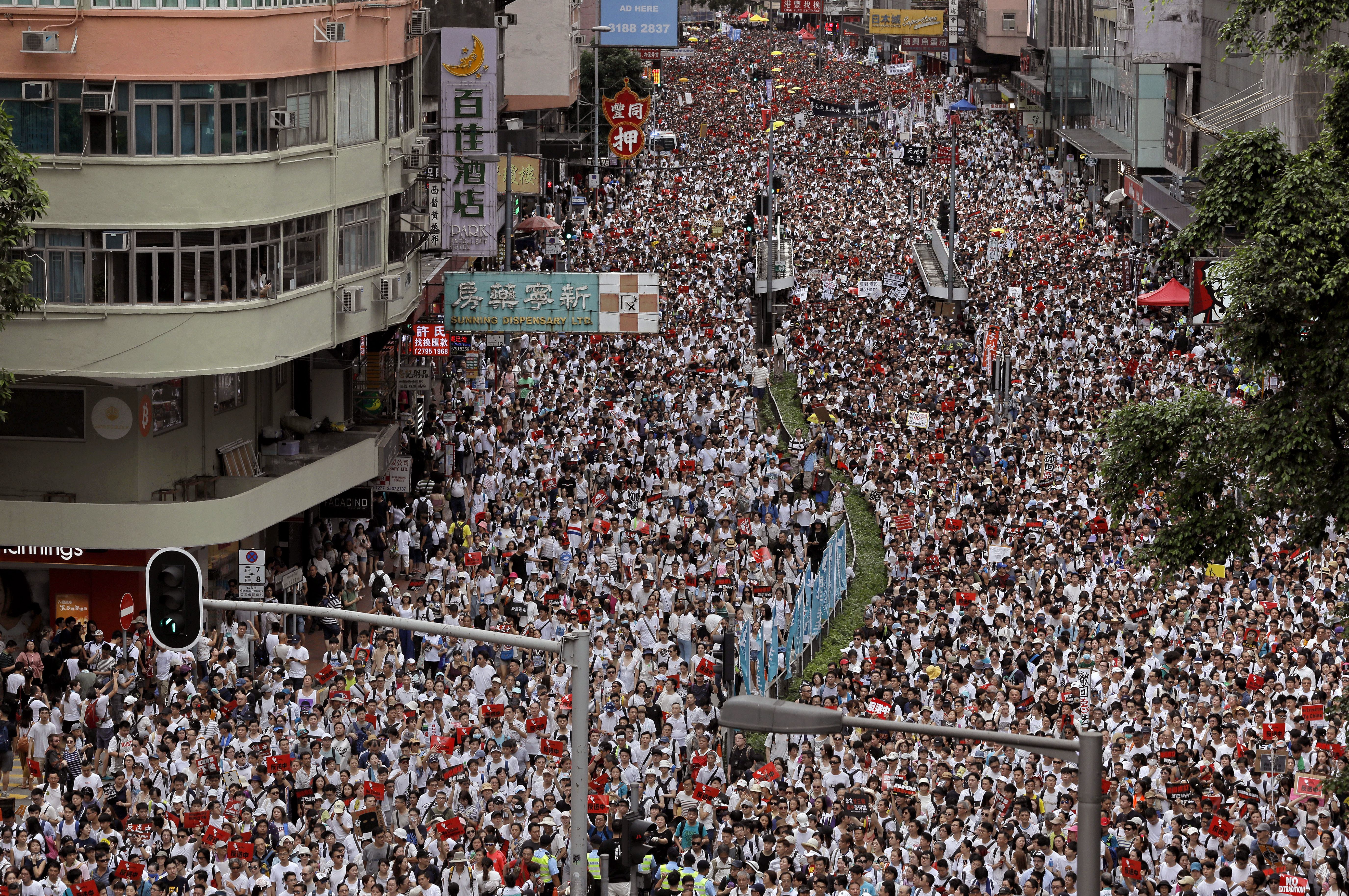 The spark of a protest over an extradition bill has morphed into a broader search for democracy in Hong Kong – with major geopolitical implications for China and the United States. With all eyes on the territory’s struggle, what happens next?

The 7.4 million citizens of Hong Kong are living their most serious political event since the 1997 handover. Protesters have taken the streets, the airport and major buildings. How long will Beijing’s patience last?

Scott Kennedy, China director and expert on Chinese business and political economy at the Center for Strategic & International Studies (CSIS), a Washington think tank, joins Altamar to discuss how the spark of the protests over an extradition bill has morphed into a proxy for a broader search for democracy and freedom.

“Maybe things will quiet down, but I think we’re heading toward a much larger conflict because the Chinese system under Xi Jinping can’t coexist peacefully with the old Hong Kong system,” says Kennedy.

According to Kennedy, the tension between Hong Kong and mainland China has been growing for years: “Hong Kong, if you’ve ever been there, it’s not like the rest of China. It feels like a western city. There’s full freedom of the press, an independent judiciary, free and open internet, and few barriers to trade and investment.”

No wonder that mainland China has sought to expand its own model of governance over the “Special Administrative Region” with separate political and economic systems from the mainland. As Kennedy explains, twenty-two years into the “one country two systems” arrangement, Hong Kong’s “way of life is being eroded extremely quickly.”

A challenge for the protesters is spurring international action to their side when Hong Kong’s role in the Chinese economy has dropped dramatically from 15 percent of GDP two decades ago to just 3 percent today. With its economic power dwindling, time is not on Hong Kong’s side. Is there something the West can do to slow Hong Kong’s slide into China’s authoritarian hand?

“In many ways, it’s extremely important for the rest of the world because [Hong Kong] is a measuring stick for China’s view about rule of law and its relationship with the West more broadly,” says Kennedy. “The U.S. has an important voice because it has tens of thousands of Americans who are living in Hong Kong, a lot of our trade with China goes through Hong Kong, and we depend on Hong Kong for financial services.”

During his visit to Osaka, Japan for the G20 summit, President Trump met on the sidelines with Chinese President Xi Jinping and agreed not to speak up on Hong Kong. Kennedy says it was “a concession not worth making and not needing to be made.”

China’s signal to the United States to stay out of its political business has serious implications for Hong Kong. If the Chinese central authorities bring the People’s Armed Police into Hong Kong, “then that basically means game over,” says Kennedy. “You would see a massive outflow of capital and greater condemnation but no obvious, easy solution for the rest of the international community because at the end of the day Beijing holds all the cards.”

To date, protest numbers have reached one to two million people, which is almost 20 percent of Hong Kong’s population. Compare that percentage to the United States and that’s equivalent to about 50 million U.S. citizens. Presenting a more unified front than ever, Kennedy says the protesters have been unwilling to back down. “It’s really about that loss of power, and influence and voice that is being pulled away, so I expect them to not go away.”

Listen to our analysis of what the future holds for Hong Kong – available for download here.