Europe’s Extreme Right: How Real is the Threat? 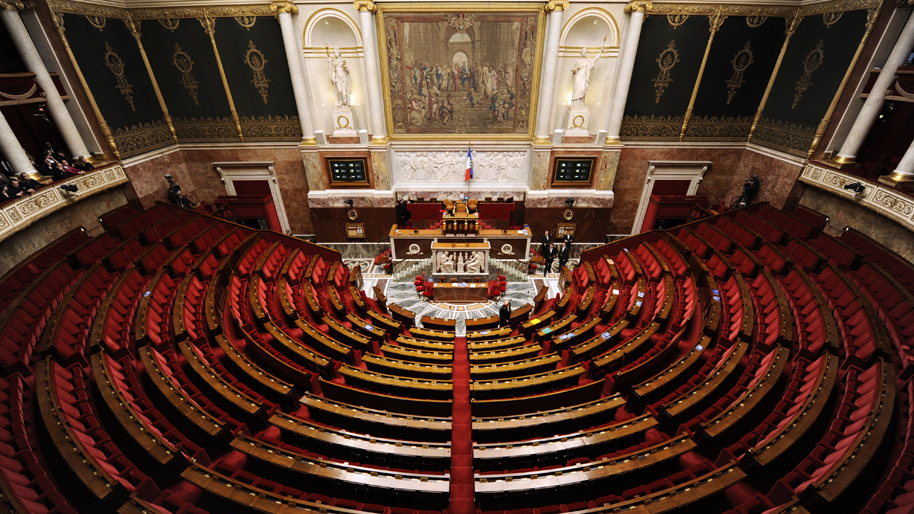 The extreme right is surging across much of Europe and large parts of the world. As France’s presidential election looms in April 2022, extremist candidates dominate the media’s attention.

This week, we’re joined by Alain Frachon, a tenured journalist and columnist for Le Monde, France’s world-respected newspaper of record. As France prepares for presidential elections in April, two candidates on the far-right are vying to replace current centrist President Emmanuel Macron. Right-wing posterchild Marine Le Pen and extremist Eric Zemmour drive a daily political agenda riddled with xenophobia, anti-globalization, anti-elitism, and anti-immigration. Europe and the United States are, lately, no strangers to far-right political ideologies. Frachon discusses the spread of extreme right-wing politics in much of the West—from Scandinavia to Spain to the United States.

Alain Frachon is a senior columnist for Le Monde and was previously its interim editor-in-chief. He was also the newspaper’s Foreign Editor and correspondent in Jerusalem and Washington, DC. He is the author of several books, including L’Amérique Messianique: Les Guerres des Néo-conservateurs and La Chine contre l’Amérique: le Duel du Siècle.

The new rise of the right and the spread of its ideology is apparent in many parts of the globe. The upcoming French presidential elections will be the next epicenter of the battle between the political center and the extreme right. What led to this newfound popularity of extremism in the country? “I think there is a deep identity crisis in France, different kinds of fears, which are feeding this crisis. There was a market [vacuum] on the extreme right, [and] Eric Zemmour is filling it,” explains Frachon and adds thatsometimes Zemmour focuses on the same political topics as Marine Le Pen, which include a strong xenophobia and anti-immigration stance, to anti-globalization and anti-EU rhetoric, but Zemmour adds a cultural component. “Marine Le Pen is not launching any kind of cultural war. She’s a classical demagogue, like Donald Trump for instance, but not when it comes to economic policy. [She offers] simple solutions, anti-elitism, and being the only one to talk ‘for the people’. Using this term ‘the people,’ which doesn’t mean anything, but [they are] using and abusing it. This is the landscape on the Right in France,” explains Frachon.

How does immigration play into the cultural warfare Zemmour is fomenting?” asks Altamar’s Peter Schechter. “In the case of France, it’s very clear that in these last ten or twenty years, you have definitely a slide to the right among the electorate. It’s an electorate which is getting older and older. And this slide to the right has two pillars, two topics to exploit: immigration, and law and order, sometimes combined,”notes Frachon. “You can say that we’ve been through terrorism. You can say our neighbors in the Middle East are at war. You can say we are frightened with the evolution of the demographics in Africa. You can say we’re going through difficult times of permanent technological disruptions. And when you add all that, you have this result. The Right’s [platform] is based on […] exploiting the reality of immigration, which is more important than ever, and law and order. It sounds to me extremely similar to what you’re going through in the United States,” continues Frachon.

Part of the reason the right is successful is that leftist politicians are nowhere to be seen, and they’re not offering any solutions to these deep-rooted fears, explains our guest. “One of the problems we have in France, and probably will have for the time being, is that the Left has not been able to understand that [deep-rooted fears about globalization, immigration, etc]. The Left is not fighting on the grounds it should be fighting. [They’re not fighting about] purchasing power, fair competition, and strong unions…the Left is elsewhere. They are fighting important battles, but battles for minorities,” says Frachon.

The spreading extremism is palpable in Europe and around the world. “Parties like Vox, La Lega and the most extreme parts of the American Republican Party have a lot of support. Do you feel that this support is going to wane in a sort of pendulum, or do you think this is going to become larger and an outsized political movement?” asks Altamar’s Muni Jensen. “I think it is going to be a trend which is going to be with us for quite a long time. It’s a permanent trend and it’s a permanent feature of our political lives. And it will take time,” explains Frachon and adds, “So there are specificities in France, but [let’s] put these things aside and accept that immigration poses problems. Integration is difficult. That’s Eric Zemmour’s [platform]. He says integration does not work, … [that] all these people born in France, they are French now, but first of all, they are Muslims, and we don’t know where their fidelity lies. [Zemmour says that] they cannot become French,” explains Frachon. “I consider that they can become French. They are French. [There is] more success in integration than what is said in the press. But if you accept that immigration poses problems, immigration is more important that it has ever been. Immigration is a need. We need immigration…”

Where is the Right going in France, and what will happen in the upcoming presidential elections? What about the rest of the world? Find out more by listening to the latest Altamar episode, available wherever you get your podcasts. You can download the episode here.

Episode 118
Europe’s Extreme Right: How Real is the Threat?