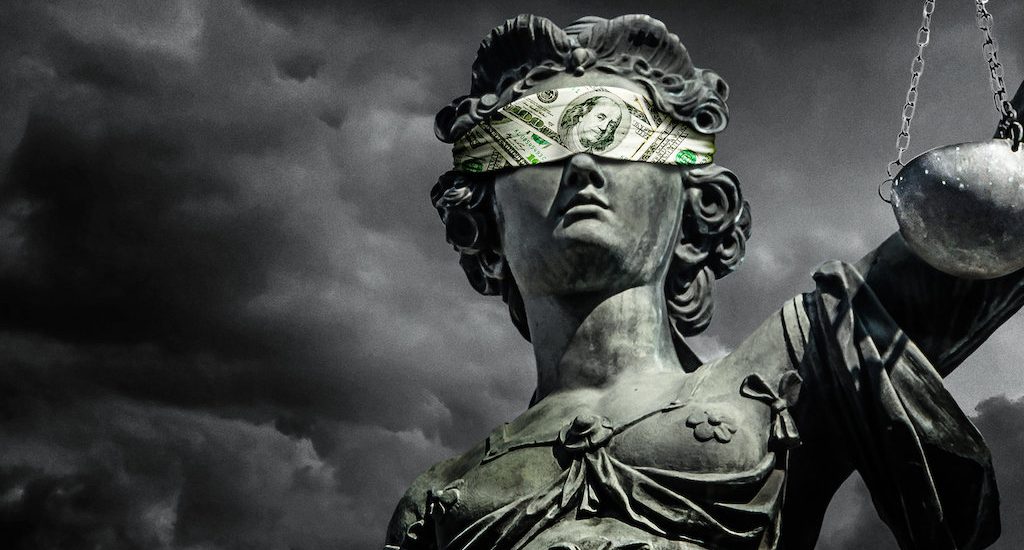 Guest: Mark Pieth, Founding President of the Basel Institute on Governance, a research and policy institute that combats public and private sector abuses of power

The Pandora Papers leaked nearly 12 million financial records. Many politicians, royalty and heads of state have had their secret stashes discovered. While not all are illegal financial maneuvers, questionable ethics abound.

First the Panama Papers in 2016, then the Paradise Papers in 2017, and now the Pandora Papers. These massive leaks exposed corruption at the world’s highest levels. But, what is legal and what is illegal? This week, Mark Pieth, Professor Emeritus of Criminal Law at the University of Basel, joins Altamar to delve into the world’s elite’s financial operations. Pieth is the President of the Basel Institute on Governance, a research and policy institute he founded to help combat public and private sector abuses of power.

“What we’re seeing in the Pandora Papers is not new…we saw exactly the same thing in the Panama Papers. It’s always a mix of tax evasion. You have some organized crime and you also have kleptocrats hiding their money,” explains Pieth. These elaborate financial operations are nothing new to the world as we’ve already seen it happen twice. How does it keep happening over and over again? Can we prevent it from happening again? Are there consequences that follow these leaks? “I would hope that finally those countries who’ve been steadfastly refusing to change their laws would now start to move. But I have my doubts about that. I would hope that this new leak would help bring about change. The difficulty really is what proportion is really illegal and nobody can tell you that,” answers Pieth.

What is this process that allows the world’s rich and powerful to evade or even fully avoid taxes? “The technique is relatively simple. It’s what we call a structure. And a structure is made up of shell companies, typically in the British Virgin islands. In the Panama Papers with Mossack Fonseca [a Panama-based law firm], you’ve got 14 such providers, and then you open bank accounts for these shell companies in Cyprus and Malta. And then you have in the middle of the network the real enabler, who is typically a lawyer, be it in Geneva and London, or maybe in New York,” responds Pieth.

So, who exactly is helping the world’s rich and powerful to evade or even fully avoid taxes? “Actually the lawyer is the key figure… ,” says Pieth. “If you are a traditional lawyer, you have privilege. If you are a financial operator, you’re subject to money laundering legislation. There is a gray zone in between, and that’s where the people that we’re encountering here are really moving. They’re opening the structure and then they’re leaving it to somebody else to use it. So the money has shifted around by somebody else, but the lawyer has opened the structure. It means there’s no way getting into that black box because they have their legal privilege,” elaborates Pieth.

Fiscal paradises are rampant around the world, even in the U.S. “All these states, countries, and islands make money from enabling the hiding of wealth. And, these havens seem to be proliferating. What are some of the ways that they can be stopped?” asks Altamar’s Muni Jensen. “I think you can do things against them. You could actually simply close those offshore centers by saying they are no longer viable business centers. The US called that a primary money laundering concern. And then you’re dead as a financial center if you’re put on that list. The alternative is you would be more insistent on finding out who are beneficial owners,” says Pieth. But does it work? “Joe Stieglitz and I suggested to Panama, ‘Well, why not have a company registered that has real names in it…but put the name of the beneficial owner, such as the person who is really fully in control. Put that name into the registry.’ Well, you bet what happened. We were kicked out of the country,” continues Pieth. It either doesn’t work, or states are not willing to do the work.

So where are the world’s elite going to hide their wealth? Financial havens seem to be popping up all over the globe. “You mentioned South Dakota in the U.S., and you also could go to Delaware or Utah. There are many places where you get these kinds of services. But go to France, they will send you to Monaco. Go to Spain, you have Andorra. In Italy, you have San Marino. If you want to go into Germany, Switzerland, or Austria, they send you to Liechtenstein. And the EU has Malta, Cyprus, and Luxembourg. My hunch is that everybody has their little backdoor where they can actually escape into these offshore centers. And nobody is seriously concerned, and nobody is really interested in closing them,” notes Pieth.

“Perhaps the largest ‘financial haven’ of all is your own country, Switzerland. You mentioned Switzerland’s financial secrecy laws are a weak link in the money laundering chain. You have also spoken publicly about the role of Swiss banks in facilitating illegal banking and criminal enterprises. Why are Swiss banks and financial advisors not being held accountable?” asks Altamar’s Peter Schechter. “There is a tradition of strong banking secrecy, and that’s still very much alive. Even though in the meantime, banks abroad or Swiss banks also have to exchange with other foreign authorities who is keeping a bank account and how much is on that bank account. But there’s still a strong banking secrecy. And I must admit Switzerland has been very, very slow in granting mutual legal assistance in certain criminal matters, but also civil matters. It’s really difficult. You wait for years to get that information. And finally, the touchiest point is that advisors, and here we’re talking especially about lawyers, they are working in this gray zone between traditional legal work and financial operation. And these I would call them enablers. They’re building the structures. They’re hiding them behind their legal privilege. And that’s really the difficulty,” answers Pieth.

How have banks continued to be so involved in money laundering scams? Where is the regulation that would stop this type of behavior? “The situation of banks is very ambiguous. They are subject to tremendous amounts of regulation. It costs them an awful lot to be compliant. And this is also the reason why they don’t like this dirt competition of enablers. The banks are actually asking for regulation of enablers. What I find strange is that the [Swiss] banks were not strong enough to actually overcome the critique of those [Swiss] lobbyists,” describes Pieth. It may not be all that it’s made out to be.

Want to learn more about what constitutes the legality and ethics behind these financial practices? Find out more by listening to the latest Altamar episode, available wherever you get your podcasts. You can download the episode here.