Can Macron Become the West’s Wunderkind? 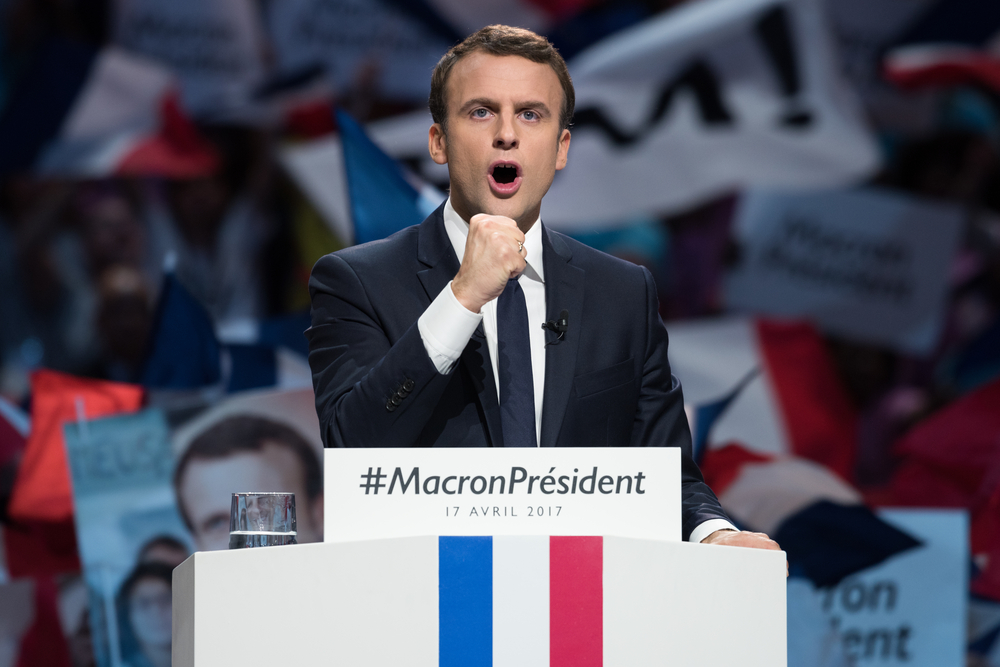 The idea of centrisme révolutionnaire—the idea of being the radical center—is not just rhetoric.

Altamar, a foreign affairs podcast aiming to navigate the high seas of global politics, this week sets its sights on French President Emmanuel Macron for its second episode. The question: Is the charming young politician our last hope, or is he all hype?

Co-hosts Peter Schechter and Muni Jensen, along with featured guests John Avlon, editor-in-chief of The Daily Beast, and Jean Garrigues, historian at Université d’Orléans, share very different views on the new face of the radical center in Europe.

“Creating what would seemingly be an oxymoron, centrisme révolutionnaire—the idea of being the radical center, where you are throwing a pox on all their houses—is not just rhetoric,” says Schechter. “It was real things, real proposals that the French voted for.”

But Jensen warns that Western observers may be inadvertently creating a cult of personality around Macron, “a good-looking guy with a compelling personal story.”

“Don’t get me wrong; I’m very happy that he’s ‘turning the tide of populism’ and that the center is sexy again,” she quips. “But my question is: Is it the center that’s sexy again in France or is it just Macron who’s sexy?”

The two co-hosts asked their guests to mediate their disagreement. The Daily Beast’s John Avlon reassures Peter that his enthusiasm is not misplaced. Macron, he says, “represents something bigger than a statesman at a given time.”

Asked about the feasibility of a homegrown Macron in the US, Avlon offers both admonishment and advice. “Organizations in the center can be afraid to offend anyone,” he says. “Own the phrase ‘the vital center.’ Don’t be afraid of alienating or offending. … Reach out beyond your base, but you need to stand for something strong.”

On the other hand, from across the Atlantic, Professor Jean Garrigues cautions against branding Macron as something truly revolutionary.

“[Macron’s victory] is connected with a very long French history, what we call the search for a ‘providential man,’” he says. “[For] two centuries, since Napoleon Bonaparte, French people have always searched for someone who can resolve all the problems, every time we are crossing some political storms.”