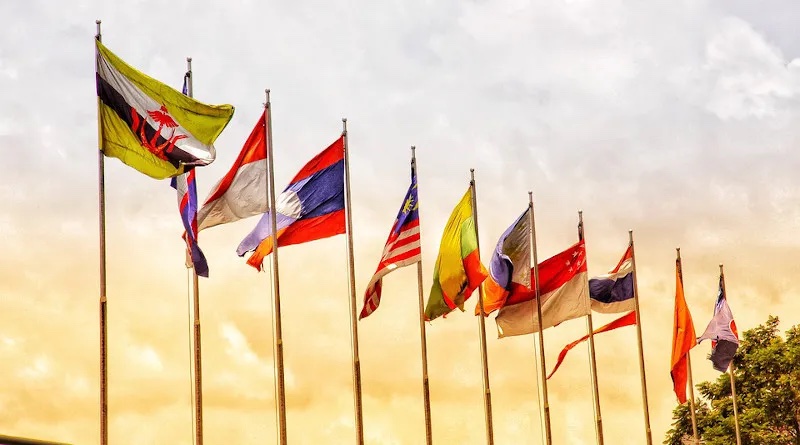 Russia’s invasion of Ukraine will shape foreign policy for the foreseeable future. ASEAN, a regional block of ten very diverse countries, was created to support economic growth, good governance, and human rights in Southeast Asia. After decades of rapid growth, these ten countries now face changing global dynamics, internal divisions, and economic uncertainty. What is the political and economic future of ASEAN?

It’s uncertain. Impressive economic growth and development made ASEAN an increasingly important geopolitical block. In the past few decades, China invested heavily in Southeast Asia through its Belt and Road Initiative and strengthened its ties with the ten countries. The result has been widespread economic growth, greater trade and investment flows, and growth in education and technology. During this same time, the US fell short with ASEAN. From its mild response to the coup in Myanmar, the chronic absence of diplomats in key capitals, to weak trade and investment flows, the US has yielded geopolitical space to China. This has changed recently as the US, Japan, and Australia joined to create a counterforce to China by building an agenda around climate change issues, new investments in infrastructure development, and issues of security and regional diplomacy. How will ASEAN balance the conflicting global interests in their region?

ASEAN has survived for decades despite the linguistic, political, economic, and cultural diversity in the region. Our guest this week, Niharika Mandhana, noted two major successes. The first is free trade. “From 1992 onwards, there’s been an intra-ASEAN FTA and then a lot of free trade agreements with other big powers in the region, including China, Korea, India, and other countries. That’s facilitated and promoted this manufacturing ecosystem that Southeast Asian countries have developed,” she detailed. Second, it presented a forum for dialogue. Including the “ASEAN regional forum, the East Asia Summit. These are important opportunities for global leaders to come together, get some face time to talk about issues at the highest levels, and try to achieve breakthroughs with difficult and prickly questions of which there are many.”

However, the region’s leaders have been unable to solve some of the larger questions that affect the region. Altamar’s Peter Schechter asked about two geostrategic earthquakes that seem to be causing problems for ASEAN’s unity. The first is increased tensions with China along the South China Sea and the second is the military Coup in Myanmar. Mandhana responded that it has been hard to act on these issues because “ASEAN is an institution or a block that is based on consensus, everyone must agree.”  For example, “The response to the Myanmar Coup has been weak and ineffective, with one exception. Last year they disinvited the Junta leader. The coup co-planner General Min Aung Hlaing was not invited to a major meeting of the summit. That was an important diplomatic snub, but without any real implications for shaping things on the ground in Myanmar, changing things for people that are the receiving end of Junta’s violence.”

As ASEAN becomes increasingly important on the world stage, we wanted to know about ASEAN’s relationship with other nations, including China and the United States. China has been investing heavily in the region and Southeast Asian nations have a lot to be gain from working with China. However, there are reasons to worry. Mandhana explains that “Island building and militarization has been a big cause for concern in the South China Sea.” Additionally, “There are misgivings about things like debt-trap diplomacy with Chinese money coming in for infrastructure projects after the infamous case of the Sri Lankan port as part of One Belt One Road.”  The region will need to balance opportunity with the risks moving forward. As far as the US is concerned, the Biden Administration has made attempts to build better relationships with high-level visits to the region. However, our guest commented that “Southeast Asian nations are waiting to figure out what the US has to offer in terms of economic growth opportunities and opportunities for economic collaboration, either on infrastructure and investment, even on climate, which is an area of convergence, and that piece remains missing.”

In Téa’s Take, the podcast’s youth and social justice-focused segment, Téa Ivanovic noted that Southeast Asia has the largest majority of youth in the world. She asked about how the youth are shaping the future of the region. Mandhana explained, “there are two important ways that we can talk about it. One is on the digital front. you’re seeing this kind of explosion of digital innovation, growth of digital companies, digital payments, and e-commerce. […] On the political side too, you’re seeing a new generation kind of grow frustrated with political elites in their countries. […] This is a globalized youth with access to the internet that wants a different future for itself.”

Indeed, the youths’ mobilization has sparked protests.  For example, in Thailand, it was previously unheard of to question the monarchy. “Asking the monarchy in Thailand, for those who don’t know it, it’s a sacred institution. Questioning the monarchy, not only will it send you to jail, but it’s also frowned upon by the society at large.” Citizens have begun asking questions of authority such as, “Where are they spending their money? What are they doing abroad… for instance, the Monarch spend many months in Germany every year, what are they doing there?  These questions for very many decades could not even be spoken out aloud in closed quarters, let in the public square,” Mandhana commented.

ASEAN has largely attempted to stay out of international politics, seeking economic opportunities. We wanted to know if Russia’s invasion of Ukraine was changing that. Mandhana said not yet. She explained, “Singapore has joined sanctions and imposed sanctions, but no other country has. In terms of the effect, there are some proximate impacts of the war. The flow of commodities is an important issue. This is going to hurt people in Southeast Asia. But in terms of the political articulation or the political response, it’s been muted.” Will the economic pressure cause future political involvement?

Will ASEAN be forced to get more involved in international politics and rising global tensions? Find out more by listening to the latest Altamar episode, available wherever you get your podcasts. You can download the episode here.