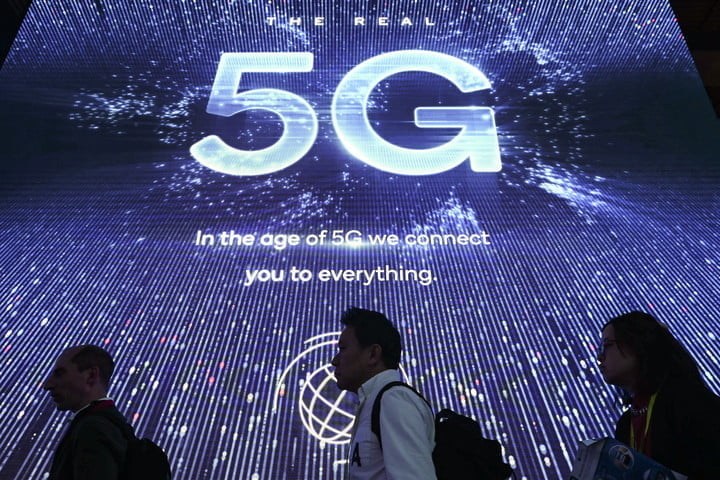 5G’s ability to transform the world is on par with the invention of electricity – how will the lighting speed technology upend global politics, industry and daily life?

Fifth Generation (5G) technology’s speed and reliability promise to revolutionize the world’s economy and communications. But, perhaps also upend its politics. Low-cost data and boosted mobility will connect people on a mass scale. Industries, schools, militaries and hospitals will have newfound access to artificial intelligence, robotics, streamlined supply chains, and automation. According to Qualcomm, 5G capabilities will produce $12 trillion worth of goods and services, support 22 million jobs, and create $3.5 trillion in aggregate revenue by 2035.

Looming large over 5G are also its pitfalls: security risks, privacy concerns, alleged health threats, and a hefty price tag. Tom Wheeler, former head of the Federal Communications Commission, joins Altamar to break down the technology’s challenges to the global balance of power. Wheeler has been involved with telecommunications networks and policies for over four decades, including the adoption of Net Neutrality, privacy protections for consumers, and increased cybersecurity, among others. In the private sector, he has worked with a variety of companies to offer innovative cable, wireless, and video communications services.

For some context on the selling points of 5G, Wheeler explains: “I think the greatest benefit is that it is an entirely new network structure – what the geeks call ‘topology’ – in that we are now substituting old, hardware based networks for the software based network.” This allows for substantially faster data speeds and reduced “latency periods,” or the time it takes for devices to communicate with each other. In addition, “It is less expensive to both build and operate than hardware,” meaning newfound access to developing countries as well.

Things become more complicated as soon as politics enter the picture. Regarding 5G’s alleged threat to democracy, Wheeler says the technology itself is not the problem: “I wouldn’t go so far as to say that the network itself is some kind of threat…it is never the primary network that is transformational, but the secondary effects of that network. How we are using the internet writ large, let alone the wireless internet, means there is reason to believe it has negative effects on democracy, because the business plan of social media providers is to divide us into tribes…and, in the process, to threaten…the ability to come together.”

But the technology will have a profound impact on relations between countries. At the moment, Chinese state-controlled companies such as Huawei are its main manufacturers. Should 5G become standardized, China could enjoy greater geopolitical leverage over the rest of the world, further heightening tensions with the U.S. and Europe – especially as the U.S. steps away from its role at the forefront of guiding tech policy: “It used to be that the United States was the leader in building the global regulatory structure. And because of the fact that we have been on this, for several decades, ‘Don’t touch the internet, you can’t regulate it, you may break something if you do that,’ we have allowed other nations to step up and make the rules.”

Wheeler argues that China isn’t the only security threat from 5G – it’s also the hackers of software systems anywhere and everywhere: “I think we certainly can’t underestimate China. But, in the interconnected network, we’ve already seen North Korea doing the Sony attack, attacking banks to fund their activities; activities Iran does; the intelligence community has told us that election interference has been ongoing since the last election…And if 5G is the network of the 21st century, which I believe it is, and if that pathway is an invitation to attack, we ought to be doing something proactively about that…We’re going to be playing catch-up.”

As a 5G-connected world is underway, already “6G is being developed as we speak.” What’s more, “I think that there is at least a thought process in some circles that are working on the standard that IPV6, version 6 of internet protocol, has been taken as far as it can, and we maybe need to think about a new concept. And that is a mind-boggling thought in itself.”

Learn more about what’s at stake with 5G technology, available for download here.